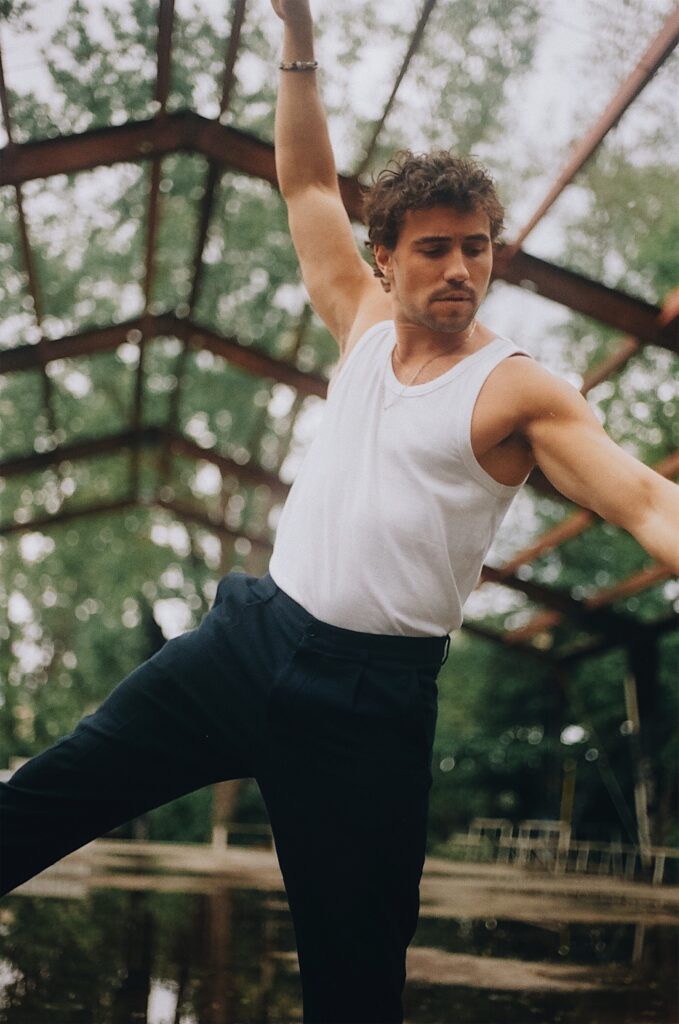 Olivier Dion, born on August 10, 1991, is a singer, host and actor from Sherbrooke, Canada. It is through Star Académie that he made himself known to the Quebec public in 2012. His song "Pour exister" (To Exist), based on its success on the show, climbed to the top of the Quebec radio charts and became one of the most played songs of the year.

In the summer of 2013, Olivier landed a lead role (Link Larkin) in the musical "Hairspray", directed by Denise Filiatrault. During this time, he also created his first album, with Marc Dupré.

In 2014, in addition to launching his very first solo album, Olivier was at the helm of one of the most popular youth programs on the VRAK channel: Mix 4. Shortly afterwards, he made a name for himself on the other side of the Atlantic and signed a contract with Columbia France. He released the single "Si J'étais son Soleil", which was a huge radio hit and now has more than 12,000,000 views on Youtube.

In February 2015, Olivier Dion opened for Véronic Dicaire at the Olympia in Paris. In June 2015, he unveiled his participation in one of the biggest show-events ever produced in France: Les Trois Mousquetaires. Olivier played the lead role (D'Artagnan). Also in 2015, Olivier took part in the sixth season of the successful show "Danse avec les stars" on the French TV channel TF1, in which he made it to the final .

In 2018, the singer became a host and was at the helm of the live show "Danser pour gagner": a Quebec adaptation of the American show "America's Best Dance Crew" broadcast on the V channel.

On March 21, 2019, Olivier appeared alongside youtube artist Emy LTR in the short film Perfect Love, which got more than a million views in 24 hours. Olivier collaborated on the writing of his second solo album, Exposed, while travelling between Montreal, Paris, London and Los Angeles. The album was released on May 14, 2019 on Columbia Records - Sony Music France label. It is Olivier Dion's very first album sung in English.

Olivier Dion released a new single in May 2021, RENDEZ-VOUS, which has been a big success and  Top 10 RADIO hit.

After releasing Rendez-vous a year ago, an original song that became a summer hit, singer-songwriter Olivier Dion now presents VRAIMENT, a first taste of his upcoming album, expected in the fall of 2022. "My most significant and personal project to date," he says.